Is it a crime to love somebody so deeply that you can’t see their flaws? The flaws that are maybe hurting you directly or indirectly?

Elizabeth was always the adventurous one. She was impulsive and was quick on her feet. She was always moving around doing things, leaping from one place to the other quite literally. She got the work done fast but sometimes not so efficiently and that’s where I come in. I thought before I made each move and logic was a key factor. It was a habit for me to over think and think ahead of time. And this is how we balanced each other.

We were a great team, Liz and Grace. We always have had each other’s backs. 6 years of working together will do that to you. Putting up with each other, knowing your partners moves and anticipating it. We solved a lot of cases for our time.

We met at the academy briefly but never really connected. Couple of years later we were put on the same task force for a big case and that’s when we really hit it off. There was a opening in her team and after that case I jumped right in.

Being a cop in the 80’s was not easy. And especially if you were a women cop then that’s a whole new level. Now we were two of us, so you could only imagine. We were always underestimated. And this worked in our favour. Nobody would expect two women to be cops, show up and bust them.

It’s been us together since then.

This latest case. It’s been tearing us apart or it already has..

I feel so disconnected from her. So distant. It’s like we can’t understand each other anymore.
And this case has no promising leads or a clear motive.

Why would anybody do this to her? Why, just why. 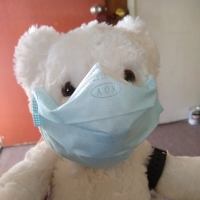